Your Place or Mine: An interactive installation 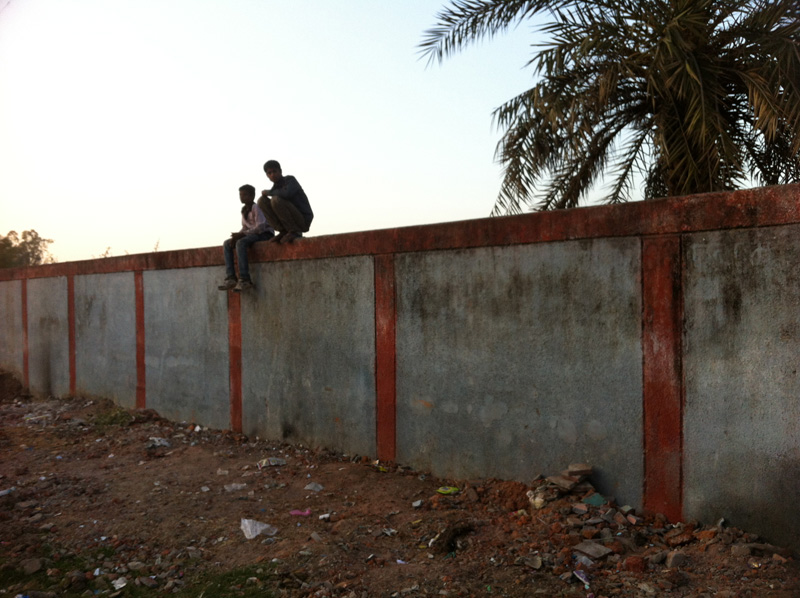 Two living rooms are situated on two sides of a barrier, (eg the Peace Wall in Belfast, the wall between Palestine and Israel, or simply two areas of a festival or event).

The rooms need to be furnished and decorated with an identical sofa, backdrop and large TV screen facing the sofa. The rest of the space will be dressed to reflect the environment it is set in i.e. poor/rich, Israeli/Palestinian, protestant/catholic.

Videos of both sofas are merged at 50% opacity and played back to the screens so that occupants of one sofa appear to be sitting next to (or in the same space as) occupants of the other sofa.

Occupants of one room can then interact with occupants of the other room, verbally and physically, but without touch, so precluding real violence.

How will they interact? What might ensue? This is then mixed with invisible theatre in which the performers attempt to disguise the fact that it is a performance from those who observe and who may choose to participate in it, encouraging the spectators to view it as a real event.